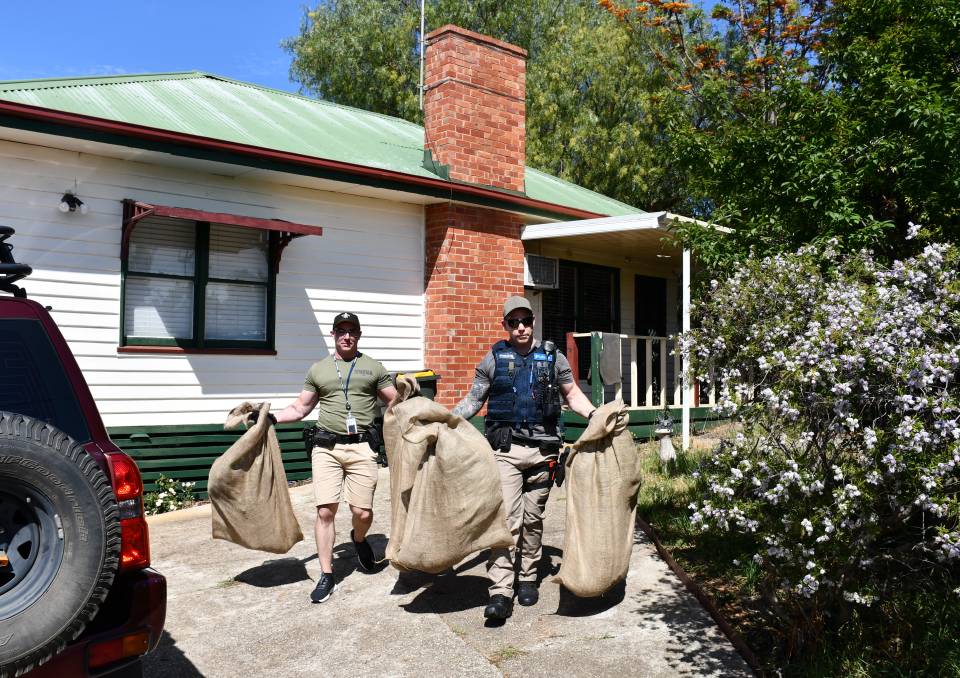 POLICE have smashed open an alleged drug trafficking network operating throughout Ballarat and Bacchus Marsh, charging 21 people across the region this week.

And in doing so they have seized the largest number of firearms in the region’s history as part of Operation Incurable.

Warrants were issued at properties across the western region including Smythesdale, Haddon and Delacombe where police seized hundreds of items including thousands of ecstasy tablets, cash, stolen vehicles including four motorbikes and even a concrete leveller valued at $250,000.

But it is the firearm haul that has police shocked, with more than 30 guns and tasers seized as part of the operation.

A number of alleged offenders have been remanded in custody, while others have been bailed to appear in court next year.

Ballarat investigation and response manager inspector Greg Payne confirmed it was the largest seizure of guns ever recorded across the western region of the state.

“This is the biggest haul of weapons in this area and the result of four days of executing warrants across the region,” Inspector Payne said.

“We’re taking these weapons off the streets and ensuring they’re not in the hands of the wrong people.”

Among those charged include a 45-year-old Mount Pleasant man who has been charged with two counts of allegedly trafficking a commercial quantity of a drug of dependence, possess a traffickable quantity of firearms, proceeds of crime and handle stolen goods. He has been remanded in custody.

The ages of the people charged range from a 17-year-old boy up to a 72-year-old Bacchus Marsh man.

Read the full article by Greg Gliddon at The Ballarat Courier