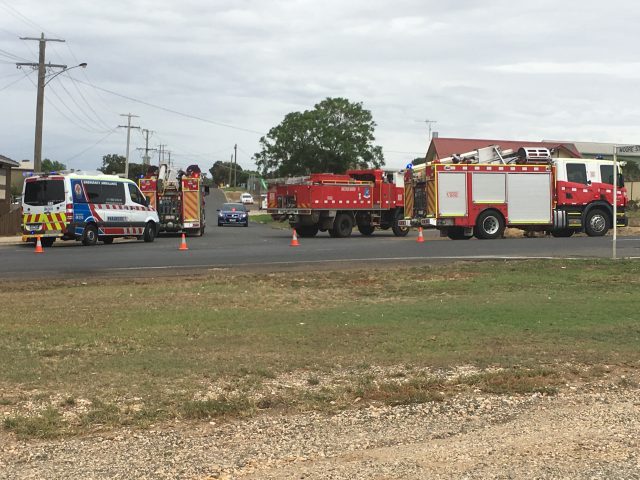 A teenager has been taken to hospital with serious injuries following an explosion near Osborne Street in Maddingley.

A spokesperson for Ambulance Victoria said the male teenager arrived to Bacchus Marsh Hospital shortly after 1:30pm and was transported to the Alfred Hospital with burn injuries.

While the circumstances of the explosion are yet to be established, a Victoria Police spokesperson said it is believed a gas pipe may have been ruptured, causing a small explosion.

“The incident has led to a secondary explosion on nearby Griffith Street,” the spokesperson said.

“Police are currently evacuating the area as a precaution and street closures are in place. Motorists are urged to avoid the area”.

A second male is believed to have been hospitalised after suffering minor injuries.

A male witness, located in Smith Street at the time of the incident, said he heard a series of loud bangs.

“I thought it was an accident at a nearby workshop, only to walk out the front and see the manhole out the front of the cafe on the corner of Smith and Griffith pop up [from pressure],” he said.

Read the full article on themooraboolnews.com.au