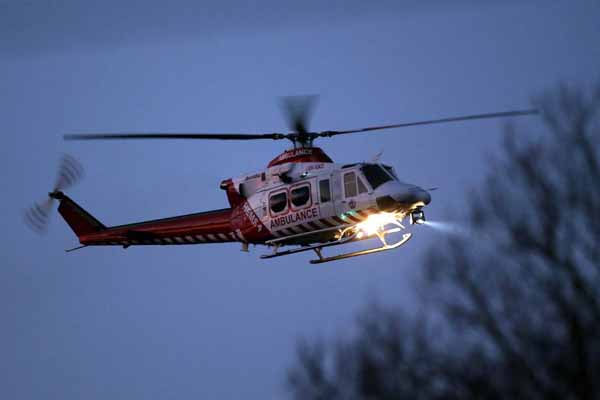 A warning to hikers to keep an eye out for snakes comes after a woman was flown to hospital with a bite to her lower leg last week.

The woman, believed to be in her 50s, was bitten at about 2pm while on an 86-kilometre trek through Lerderderg State Park.

Ambulance Victoria spokesman John Mullen said a paramedic was lowered from a helicopter to treat the woman near Blackwood, as the area was inaccessible by road.

“The woman received a snake bite to her lower leg and was transported via air ambulance to the Royal Melbourne Hospital in a stable condition,” he said.

The Department of Environment, Land, Water and Planning issued a notice last month that recent warmer weather has brought some snakes out of their winter hibernation.

“Be aware that snakes may be around, and be informed on how to react to them,” Mr Clemann said.

“People often assume that snakes won’t be around at this time of year, but depending on where people live they could encounter a snake while walking the dog, cycling, bush-walking, gardening or visiting parks.

“Snakes are more common around the urban fringe or in rural parts of Victoria, but they can also be found close to cities and towns, particularly around watercourses and parkland.”

He warned anyone who encounters a snake to keep calm and move away and call DELWP for assistance.

“Tiger snakes and lowland copperheads are the most frequently encountered snakes near the coast, while eastern brown snakes are more common in drier areas,” Mr Clemann said.

“It is rare for these snakes to bite people, however they are all dangerously venomous.”

Snakes are protected under the Wildlife Act 1975.

It is illegal to capture, kill or harm them.

Read the original article at StarWeekly.com.au