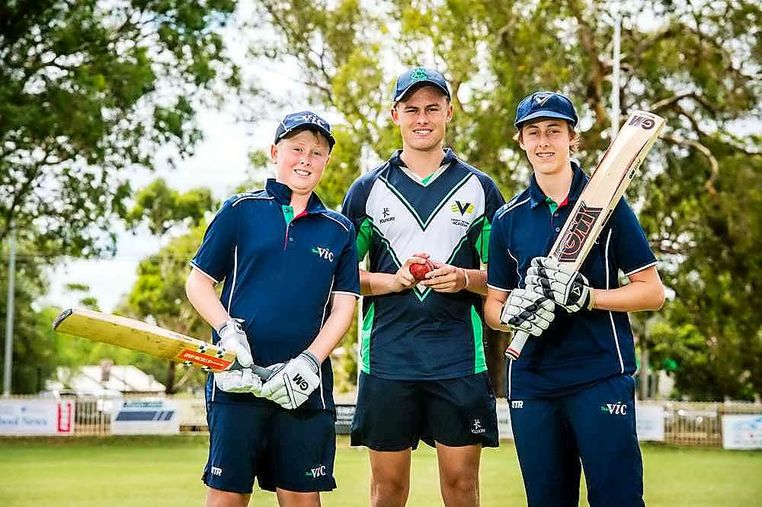 Getting the three Lalor brothers in the one place can be difficult.

Along with all the normal teenage distractions, the three Bacchus Marsh boys have been travelling the state, and the country, playing cricket.

Jack, Daniel and Archie have been selected in Victorian cricket teams and by the end of this month, all three would have represented the state in the past six months.

Jack, the oldest of the three, played for Vic Country in the under-19 national championships for a second time last year.

“To be honest I felt that there was a bit more added pressure to make more runs,” he said.

“When you get to this level it’s more about focusing on your strengths and not worrying about other people or players.”

Jack, who plays for Northcote in Victorian Premier Cricket, hopes to finish the season on a high.

“It’s been an interrupted season with school and year 12,” he said. “I’d been playing ones all through the season, but was dropped to the twos.

“There’s still three more games left, so hopefully I can make some runs and contribute.”

He said it was good to see his younger brothers stepping up and playing at state level.

Daniel was selected for the under-15 school sports national championships and named in the Victorian country team which will compete in Queensland, starting this week.

He was previously part of the under-12 school sports team.

“The carnival is coming up and I can’t wait to get back to school and then go away to Brisbane,” Daniel said.

Over summer Daniel represented the Gisborne and District Cricket Association (GDCA) at country week where he led the batting average in his division.

He also represented Central Highlands in the state championships, while playing both junior and senior cricket at Bacchus Marsh.

After making his first XI debut last season, he’s played the past four games in the top side for Bacchus Marsh.

“It’s been really good and heaps of fun,” he said.

Check out the full article on the Star Weekly