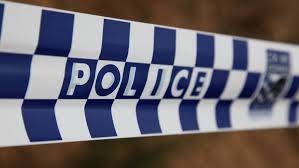 TWO people are still wanted after a bizarre police chase on the outskirts of Bacchus Marsh on Friday morning.

The canine unit was called in to track four offenders who allegedly evaded a police stop at 10.59am in Gisborne Road.

The silver prelude then made its way to Long Forest Rd where it is understood to have hit a road sign. A nearby resident went out to check on what had happened and see if there were injuries.

However, when he arrived, the bonnet of his car was allegedly stabbed by one of the female occupants of the car.

Sergeant Glenn Saw said the four people are then alleged to have run off towards Coimadai Road north of Long Forest Road where two of the alleged offenders, both women, were caught by the canine unit, both suffering minor bite marks.

Two other offenders were able to escape and are still being hunting by police.

Check out the original article over at the Ballarat Courier